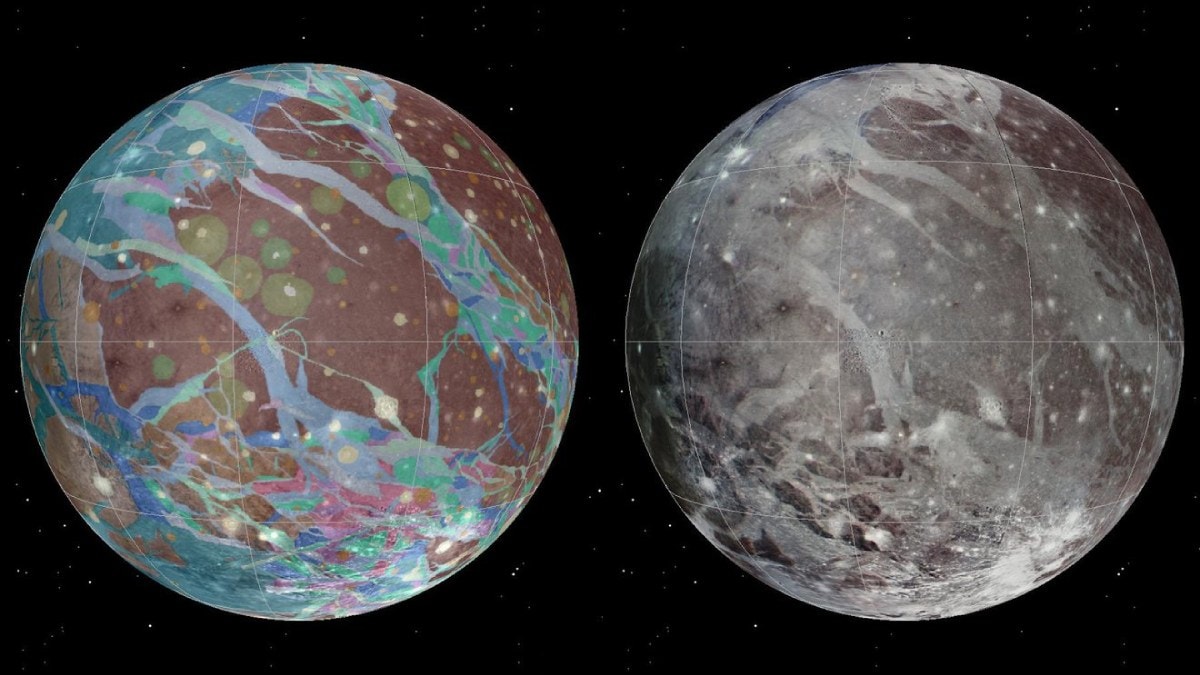 NASA’s Juno will come within 645 miles (1,038km) of Jupiter’s largest moon Ganymede and gather significant observations. On Monday, June 7, at 1:35pm EDT (11:05pm IST), the flyby will be the closest a spacecraft has come to the solar system’s largest natural satellite since NASA’s Galileo in May 2000. NASA said that besides the striking imagery, the spacecraft will also gather insights into Ganymede’s composition, ionosphere, magnetosphere, and ice shell. The Galileo spacecraft had passed as low as 162 miles (261 km) over the surfaces of the Galilean moons, producing detailed images.

The space agency said that Juno will start collecting data at least three hours before approaching the closest point it’s expected to get to the largest satellite in the solar system. Among instruments, NASA said that besides the Ultraviolet Spectrograph (UVS) and Jovian Infrared Auroral Mapper (JIRAM), Juno’s Microwave Radiometer’s (MWR) will look into Ganymede’s water-ice crust and collect data on its composition and temperature.

A report in NASA Jet Propulsion Laboratory (JPL) quoted Scott Bolton, Principal Investigator, Juno, as saying that the spacecraft carries a suite of sensitive instruments capable of seeing Ganymede in ways never before possible. “By flying so close, we will bring the exploration of Ganymede into the 21st century, both complementing future missions with our unique sensors and helping prepare for the next generation of missions to the Jovian system – NASA’s Europa Clipper and ESA’s (European Space Agency’s) JUpiter ICy moons Explorer (JUICE) mission,” he said.

Bolton added that Jupiter’s largest moon has some light and dark regions that indicate some areas may be pure ice, while others may contain dirty ice too. He said that the MWR instrument will give the first in-depth investigation of how the composition and structure of the ice vary with depth helping us better understand how the ice shell forms and the ongoing processes that resurface the ice over time.

The JPL report states that Ganymede is bigger than Mercury and is the only moon in the solar system with its own magnetosphere — a bubble-shaped region of charged particles surrounding the celestial body.

According to Space.com, several spacecraft, in the past, including Pioneer 10 in 1973, Pioneer 11 in 1974, Voyager 1 and Voyager 2, have flown by the Ganymede and returned striking photos during their flybys. The Galileo spacecraft passed as low as 162 miles (261km) over the surfaces of the Galilean moons and produced detailed images.

According to information on NASA’s Juno Overview page, the principal goal of Juno is to understand the origin and evolution of Jupiter.

The space agency says that under its dense cloud cover, Jupiter safeguards secrets to the fundamental processes and conditions that governed the solar system during its formation. The planet can also provide critical knowledge for understanding the planetary systems being discovered around other stars.